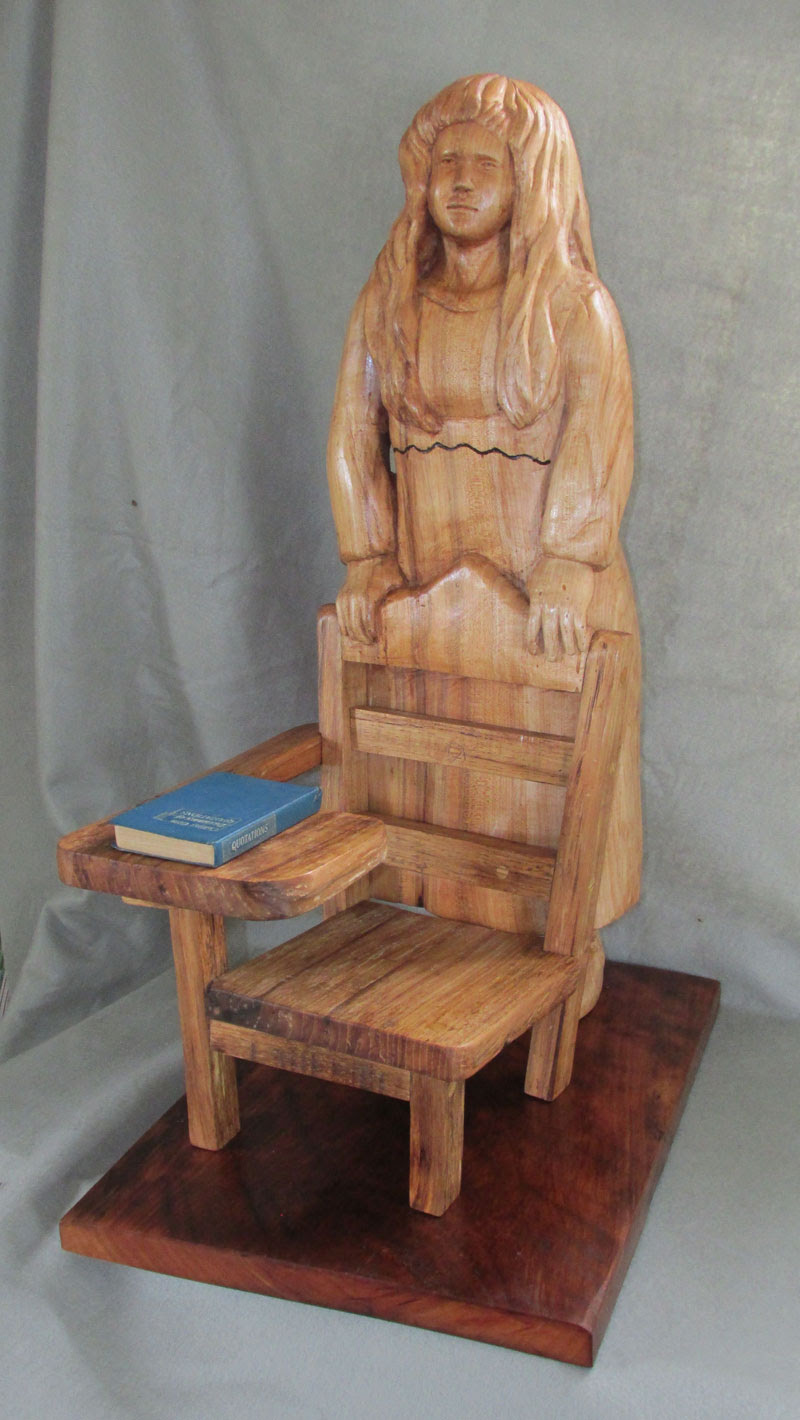 This week I'm sharing a guest blog post by sculptor Frank Lyne.  This blog post is introducing his latest sculpture......TEACHER.
My favorite wood for making figurative studies is maple, because facial features show up better in maple than any other wood I have on hand. The primary draw back to maple is that it frequently gets too wormy in storage to be fit for any use. Early this February, I started going through some of my maple stock. I discarded 2 billets entirely because they were wormy throughout. Then I found one that seemed to have worm free heart wood and started by carving a face in what looked like the soundest side of the billet. 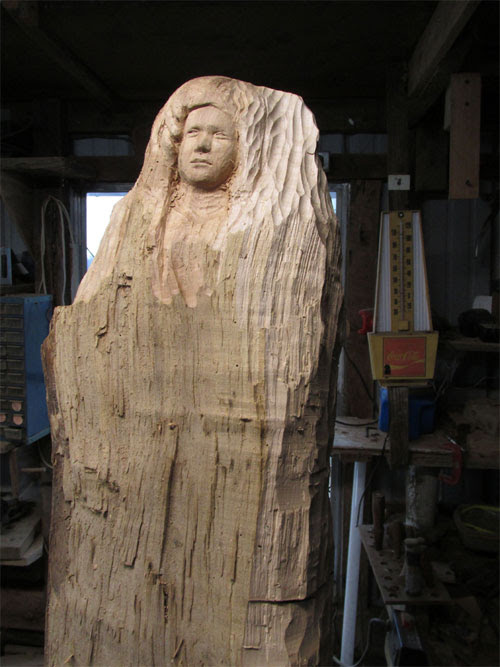 The shape of this billet didn't allow many options for the placement of the arms and I could see early on that a big crack on the opposite end was going to make planting both feet on the floor challenging. To work around these problems, I elected to have her leaning on some as yet to be defined object, which would both give something for her straight up and down arms to do and allow one of her feet to be off the floor without looking unbalanced. At about this point I had a couple of different drop in visitors. Nephew asked without giving her more than a casual glance, “Haven't you done something about like this before?” Don't remember how I answered that, but my thought bubble said, “Sure, it's about like something I did before in that one human looks about like another.” My second visitor, a logger, had a more interesting reaction. He seemed taken aback upon seeing her and seemed to contemplate a moment before saying, “She looks like a member of the British Parliament.” I guess her big, wavy hair made him think of the wigs worn by the British judiciary. I took his comment as positive in that it seemed to imply that he thought she had presence. 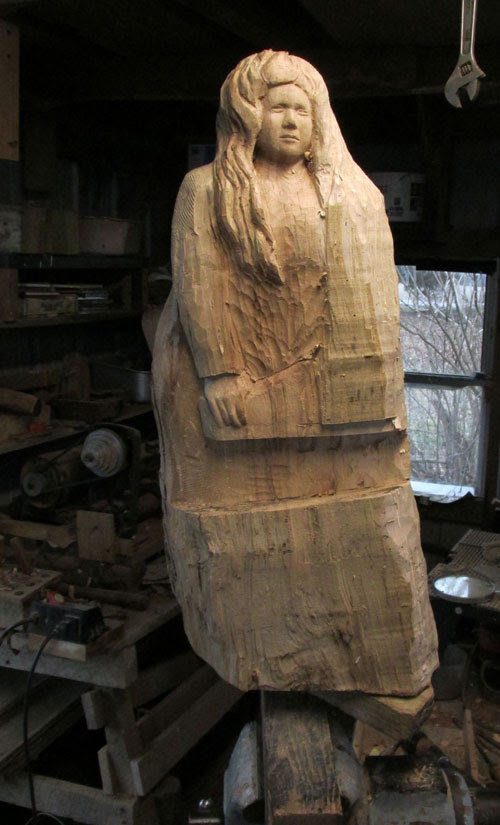 I had her almost entirely shaped and still didn't know what the object should be that she was leaning on. 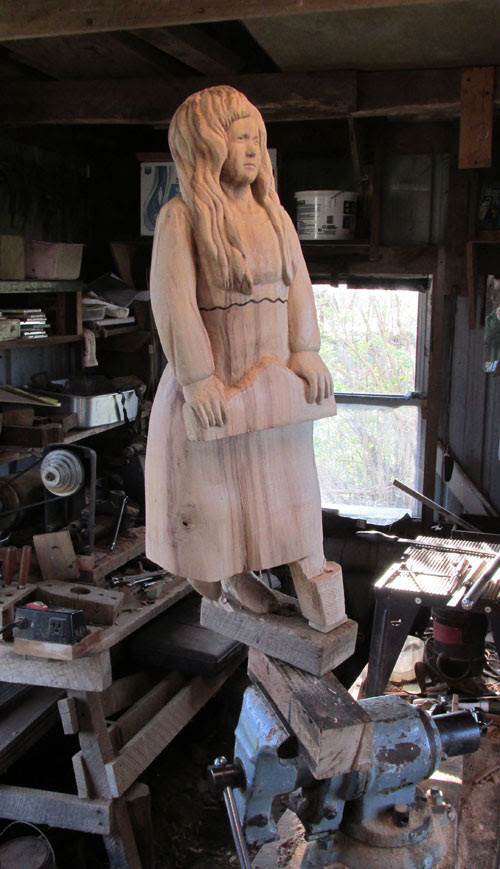 Then Kitteh returned from a month long sabbatical to supervise the remainder of my work and suggested that she should be a teacher. 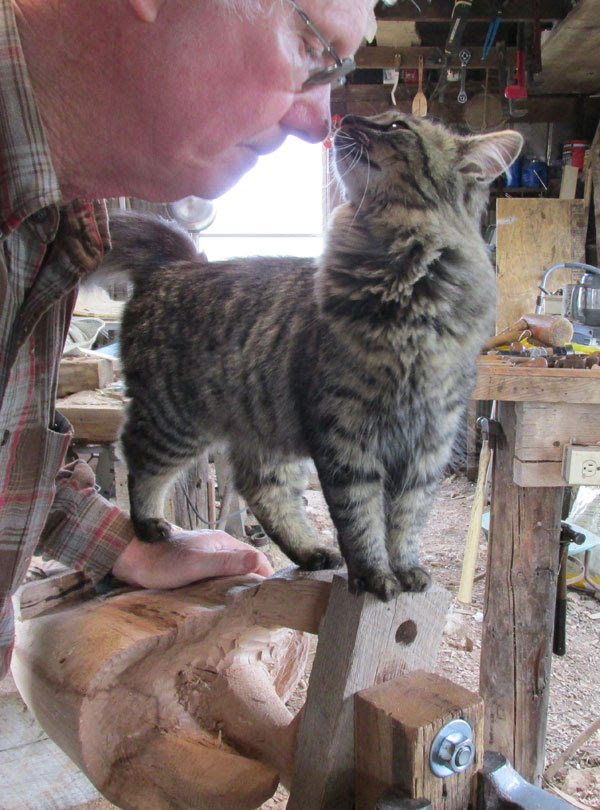 That seemed like a good idea, and with Kitteh's help, it became so. 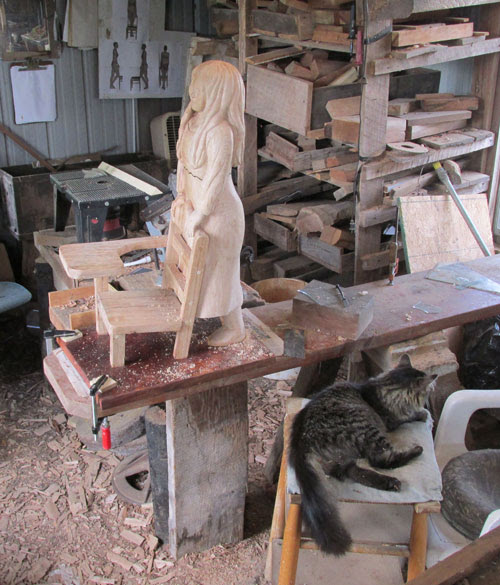