Frank with his sculpture in cherry wood titled String Player
Winning First Prize in 3-D sculpture
at the Pennyroyal Juried Art Exhibition at the Hopkinsville Community College Auditorium Gallery
Today I'm sharing a pic I took of Frank at the reception for the Hopkinsville Art Guild's annual Pennyroyal Art show. He's posed with his (first in 3D) prize winning sculpture: String Player. I took the photo with my phone, and it was smart enough to prompt me with a request to identify the “person” with Frank, meaning the sculpture!

I also had a couple of paintings hanging in the show: 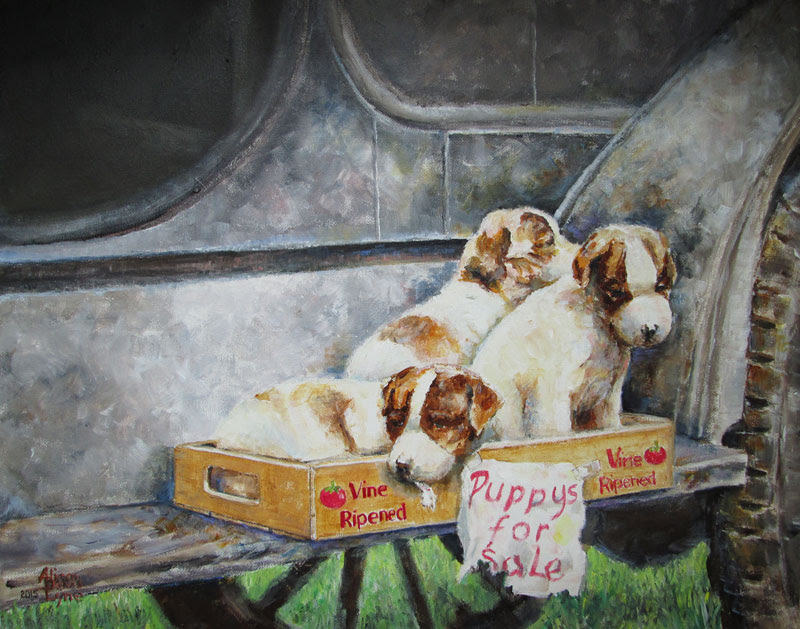 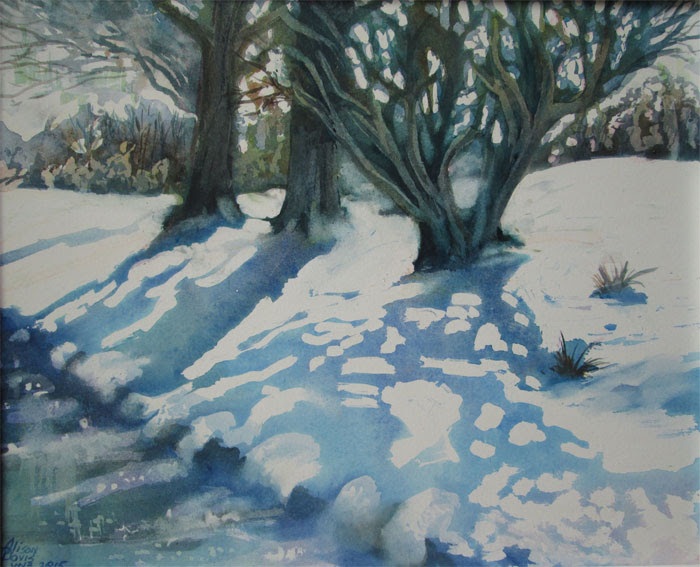 Here's a link to more about the Pennyroyal Art Show:

http://www.hopkinsvilleartguild.org/fallshow2016.html
Posted by Alison Lyne at 8:30 AM 2 comments: 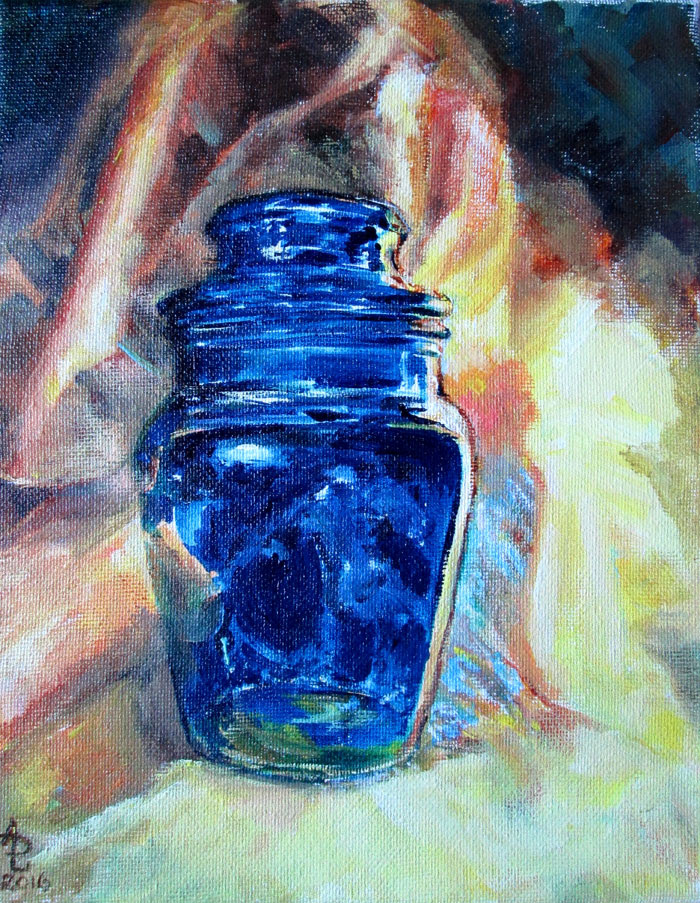 BLUE JAR
This blog post shows off a bit about a small acrylic 8 x 10 on stretched canvas piece called Blue Jar. After seeing friends do series of smallish works (8x8 inches or 8x10 inches) I decided I'd try a few. I wanted to try a coupla ideas that I liked, but felt wouldn't rate a full size canvas.

So's I grabbed a two pac of inexpensive stretched canvases. The bad news is the canvases were really thin material, compared to more expensive duck cloth canvases I'd painted on in the past. The good news is the canvas was indeed really thin.......so thin I could use an old illustrator trick of transferring a drawing using a light box. In other words, I put the cropped (both digitally in Photoshop and after printing out....with scissors) photo I'd taken of the jar, and put it behind the canvas. I shinned a bright light behind the canvas and photo, and viola! I could easily trace off the main outlines of the jar with paint. Thus getting the image transferred in one fell swoop! Here's what the backside looked like. 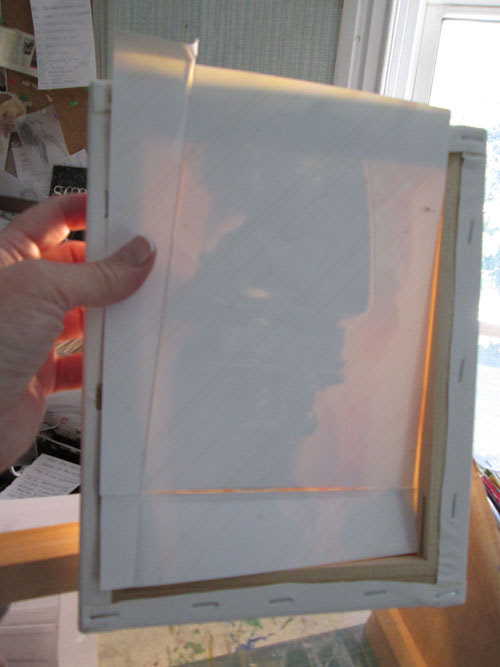 So I had the main outlines on canvas and I could start painting. Tho' the main subject was the cobalt blue jar, I was designing things under the “mostly, some and a bit” guideline. So's it was going to be mostly yellow, some blue, and bits of red......i.e. A triad color scheme. 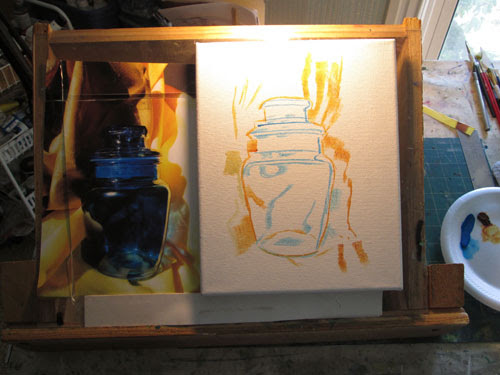 I got this far in my first session: 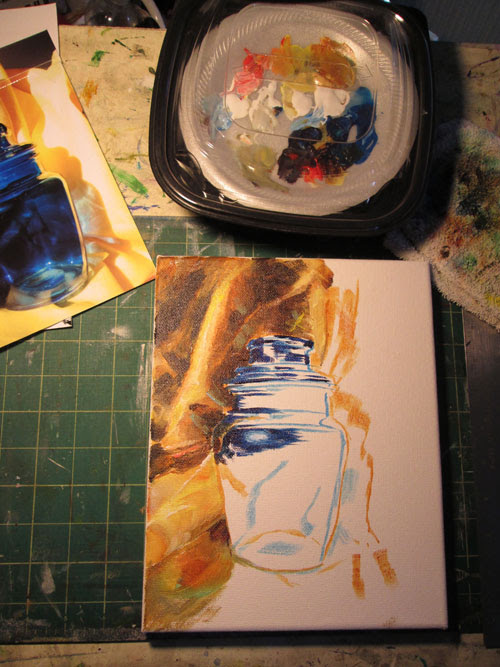 I wanted to do this piece fairly quickly and use larger brush strokes than I usually do. My imagination had been fired by some really nice impressionistic artwork I'd seen recently. I have to admit I was drawn in by all the lovely reflections on the jar and found myselves reverting to my old detailing habits. In the end, I went back in and removed some of the excessive brushwork in the background to allow the detailing in the jar to shine.

Posted by Alison Lyne at 1:28 PM No comments: