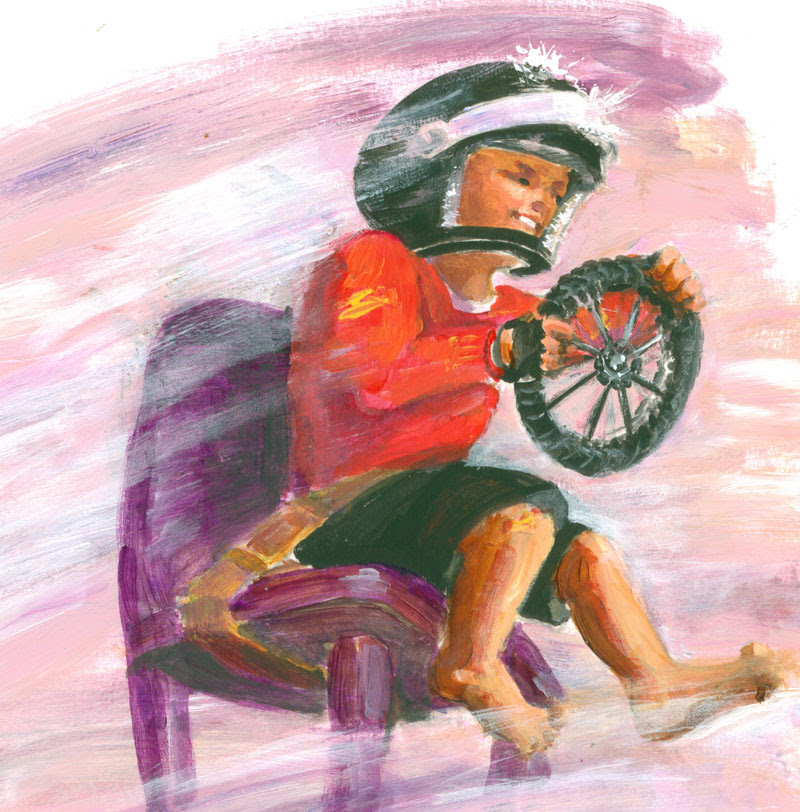 Illustration from the SCBWI idea prompt: SWIFT
So........SCBWI does this “thing” for their monthly email INSIGHT segment.....it's an itty bitty contest where members draw something to a suggested prompt. This month's prompt is “SWIFT'.

For one of my illustrated books, G is for Grits, A Southern Alphabet, I illustrated a little boy pretending to be a stock car race driver. He had on a toy helmet, was sitting in a chair and was using an old toy wagon wheel as his steering wheel. 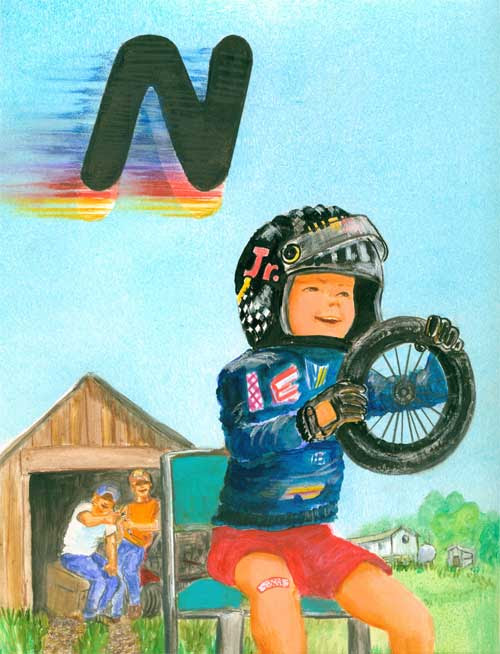 Well, I had always like this illustration, so's I thought I'd do a slightly different version for the prompt. For my sketch this time I added a doggie copilot and speed blurs against a plain background. I made a sketch, including a seat belt for the boy and a tiny chair for the doggie, duck taped to the little boy's chair. 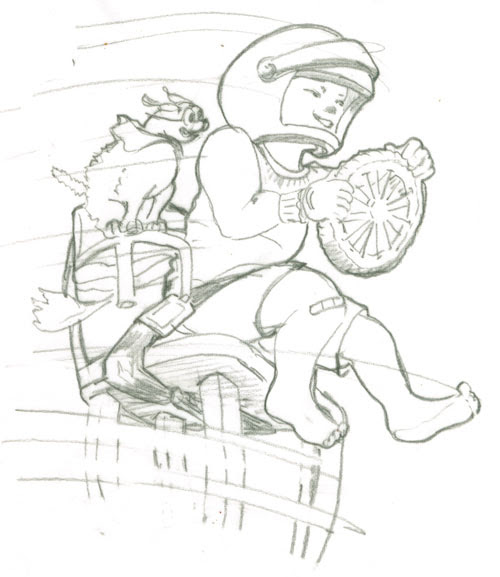 Then I took that sketch and made a sheet with four of them printed out. I used this sheet for a “cheat sheet” studies of black and white values, where I learned that a strong light and dark gave a bit of drama to the scene. I also did a couple of colour sketches, and decided on my colour theme. 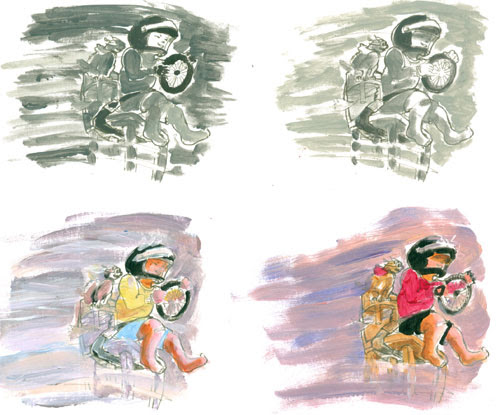 And since I'm having trouble silencing that old habit of including EVERYTHING in a sketch, I went ahead and did a teensy black and white line drawing, showing everything in great detail. 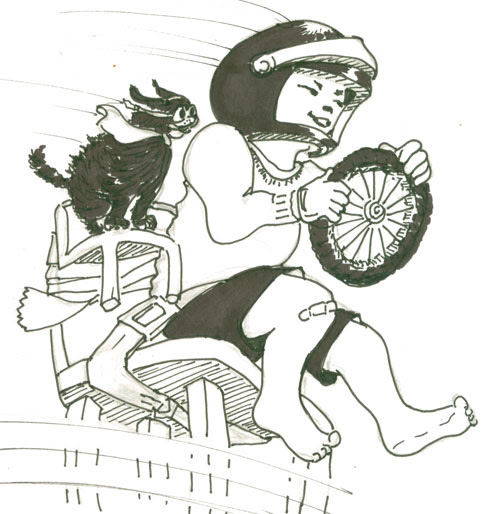 OK......now that I'd gotten that (uber detailed) version out of my mind, I concentrated on being more loose in my colour illustration. Now a days, I'm trying to go for “Draw tightly.....paint loosely”. During the painting process part of this, I ended up jettisoning the doggie side kick.....he was just to “heavy”.....in a visual kinda way. I'm sure he'll show up in a future illo!

You can see the finished illo at the top of the page.