Little Red Riding Hoodie goes to the woods....or A Story in Three Panels. 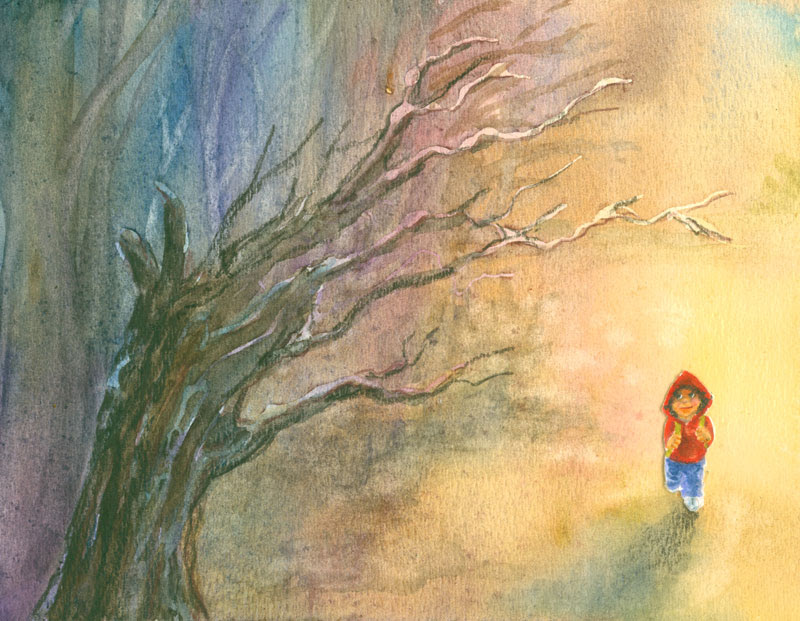 This blog post is about a small experiment in watercolour, cut paper and sequential art.

I was playing around with a watercolour pouring technique.....laying down some fine lines with a masque pen misket then running blue, red, and yellow washes over all. When dried I lifted out (using a water soaked brush only) some background trees and removed the misket with an eraser. I ended up with a small (5 x 8 inch) pretty passable landscape. 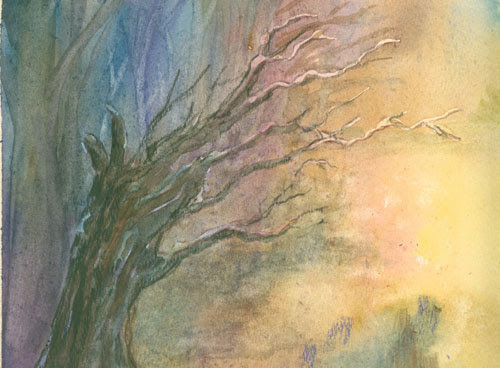 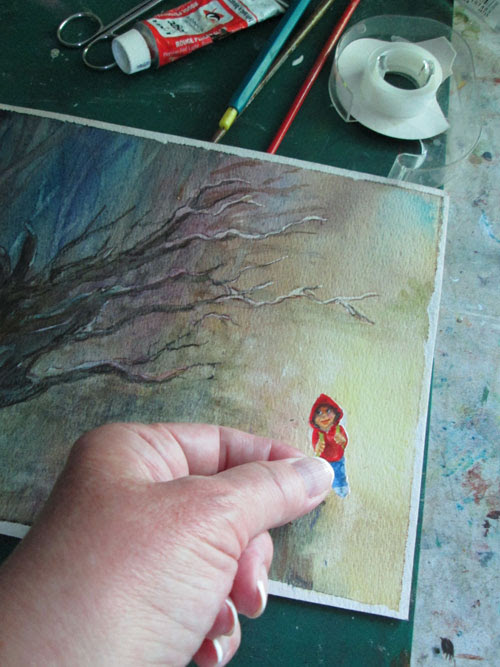 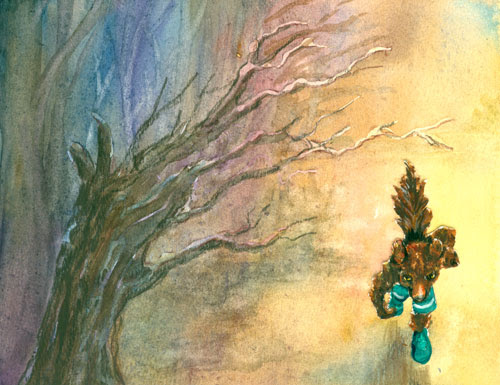 So now I had Little Red Riding Hoodie going into the woods to Grandma's house. And the menacing Big Bad Wolf following her into the dark forbidding woods. So far so good, but what about a resolution or story ending? 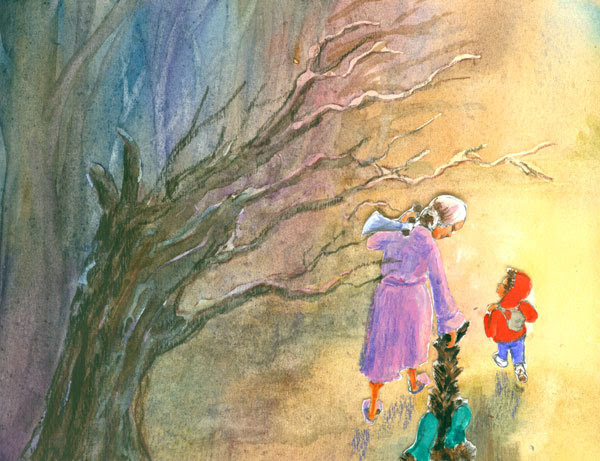 Contrary to most of the Little Red Riding Hood stories I decided to give a bigger role to Grandma. I wondered what would it look like if instead of being a “victim”, what if Grandma was made of sterner stuff and decided to go on the offensive? So I wanted to see what the Grandma character would look like if she went all "Van Helsing" on the (were)Wolf. I contrasted Grandma in her pink fluffy grandmotherly robe and slippers,white hair in a bun, with a big shinny axe slung over her shoulder. The same axe that she had used to defeat the Big Bad Wolf, who she is dragging, by the tail behind her.

So I painted up the Grandma character, dragging the Big Bad Wolf behind her as she and Little Red Riding Hoodie left the scary woods behind them. I taped the three characters down in place of the previous Big Bad Wolf character, and scanned it in.


So these three panels are the result of the same watercolour experiment (used in all three scenes), along with three different cut out figures, used for three different “scenes” to tell a itty bitty story. I had a ball trying out this Little Red Riding Hood version.