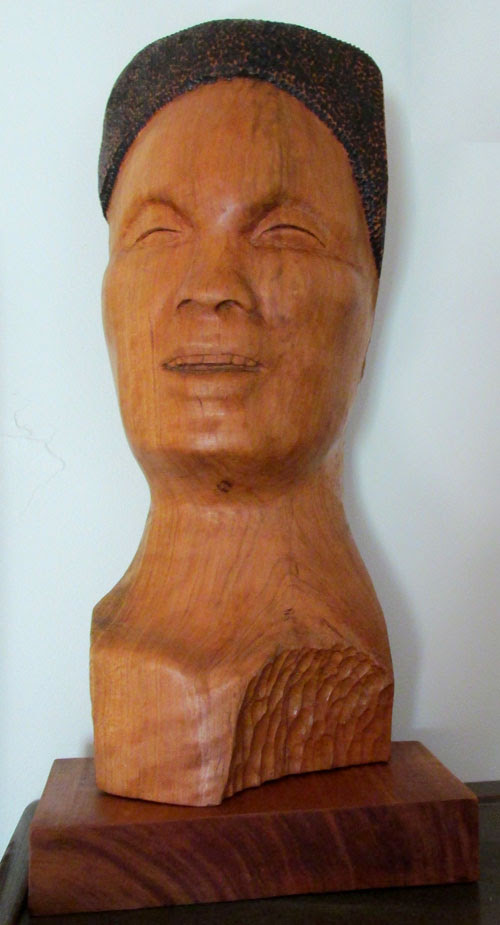 This week I'm delighted to be sharing another guest blog by the talented sculptor, Frank Lyne.  He's introducing his latest sculpture.....Singer.


Upon finishing my last figurative carving, I meant to begin work on a cherry billet already in the shop. It didn't seem deep enough for what I had in mind, so I went back to the stable wood stack and selected a much bigger cherry billet. It was too big to move, so I decided to split it in half. It wouldn't split. After burying 4 wedges as deep as they would go, I stuck a 6 foot pry bar in the split and rocked it back and forth until at last a shell popped off, revealing why it wouldn't split. There was an internal knot that didn't show at all on the surface. Although the shell wasn't very deep, the knot looked interesting, so I took it to the shop to see what could be made from it. 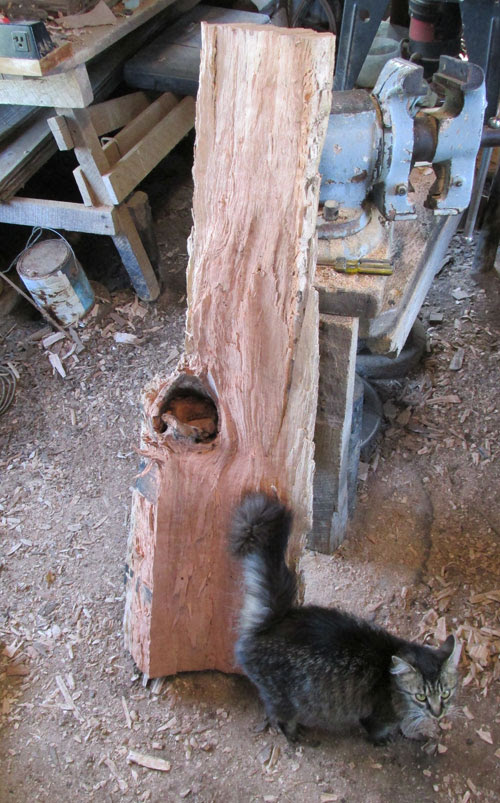 It looked like it could be a bowl, so I made a cross cut above and below the knot, then another cut to flatten the side opposite what was already a bowl-like depression. This project looked like it was going to be more trouble than it was worth, so I turned my attention to one of the parts I had cut away from it. It was a slab big enough to make a full size face, but not deep enough for a whole head. It occurred to me that Olen Bryant, my sculpture teacher 50 years ago, would often make faces on slabs not nearly deep enough to make a full 3-D figure, so I thought “Why not?” For source material, I took pictures of a back up singer on a TV show. Although she isn't famous, I didn't attempt to closely capture her likeness, only her expression as she repeatedly belted out the word “rise” each time the song reached the chorus. 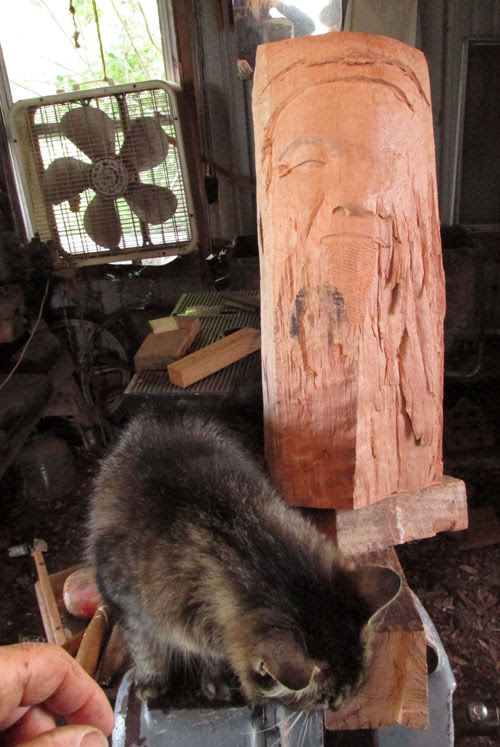 With a slight turn of her head to the right, she worked best in our house in a spot where that turn would make her face toward the middle of the room. 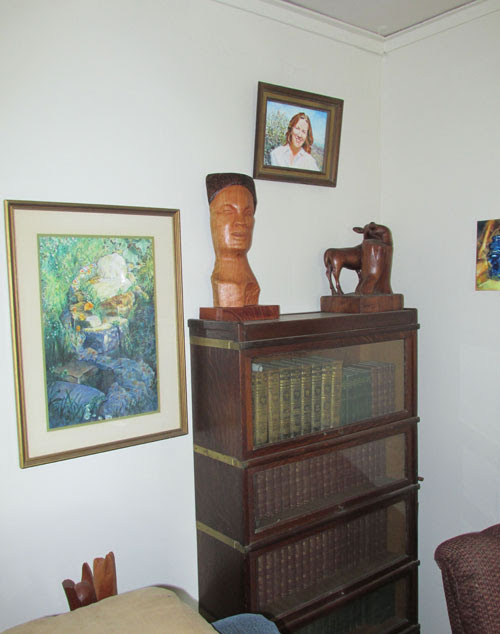