Do You Wanna Play? or Bridge Times Four-Act II 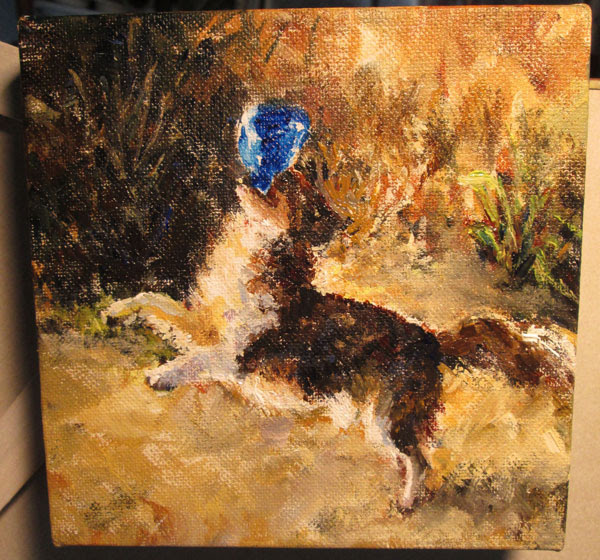 Frank had put together four wrap around 6 x 6 inch canvases, so's I could show a bit of the motion that “is” Bridge. I captured Bridge playing with his current favorite “toy”.....an old chewed up blue plastic coffee can. He'll spend minutes....minutes!! I say!.....playing with this toy. And then he'll get distracted by birds flying overhead to give chase, and then break off barking at them to pace a passing car......inside a field fence row. 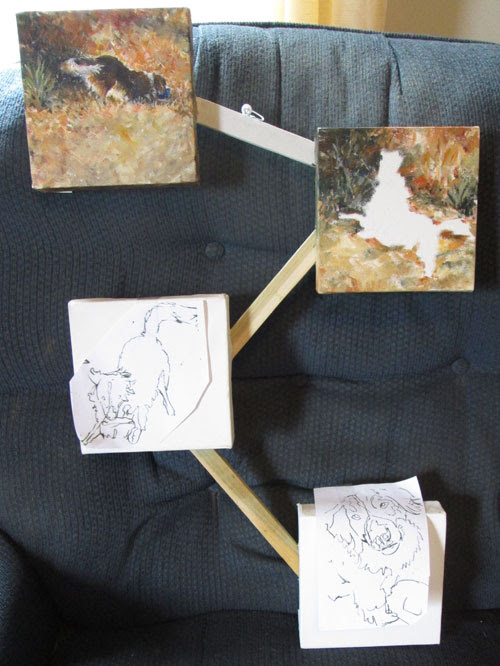 In the second canvas frame, I've captured Bridge tossing up and catching his toy. In composing these square canvases, I wanted to used the abstracted and slightly blurred backgrounds as a foil for his lovely white fur on chest and underbelly and tail. While using background bieges and tans to show the bend of his back and the exuberance of his jumping forelegs. To pre-plan this I painted the background FIRST, to see just where I wanted all the lights and darks to best show his outline. I then went onto the next square. In this one I had caught Bridge in a favorite pose.....the “do you wanna play?” bow. Just as in the previous canvas I painted in the background to make sure that I was able to highlight all the different outlines that said: “Play bow”. 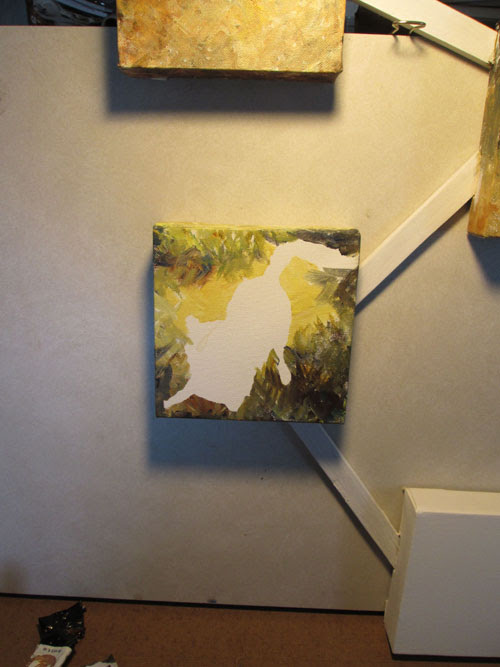 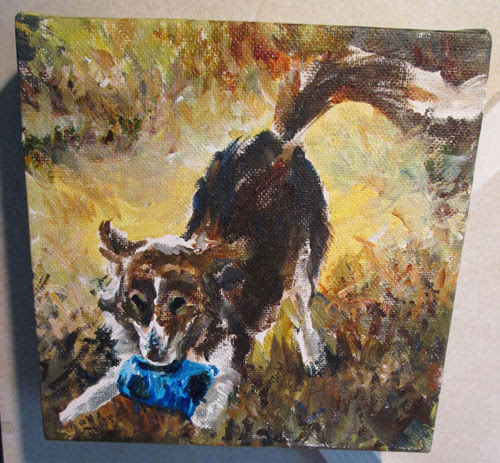 Next time around I'll finish up this “Do You Wanna Play?” artwork.