Blue Vase or Waiting for Springtime. 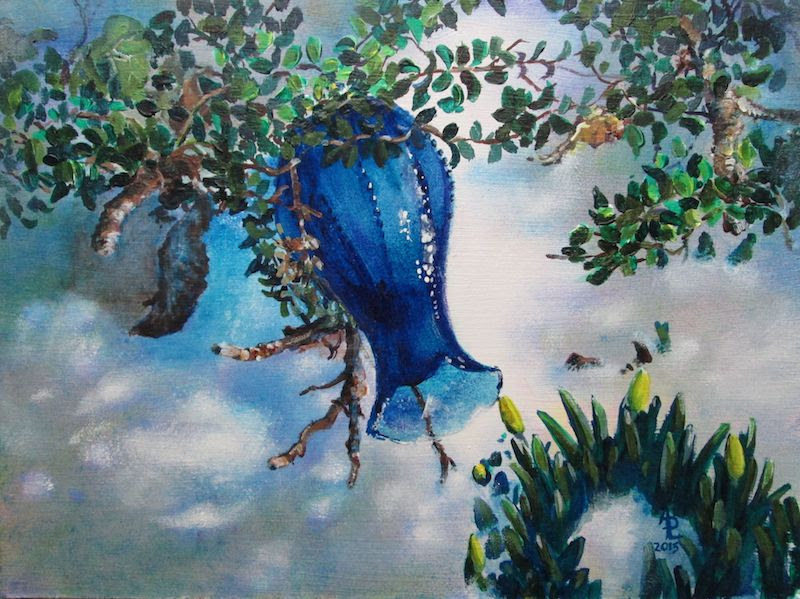 Blue Vase
Acrylic 9x12 inches from my own reference photos

Now that it is high summer, this is about the last of the snow paintings I've got planned for this year. I took this pic of a cobalt blue glass vase, an antique store find, in last year's snow just as it was melting. I added in the “jump the gun” daffodils for the chance of a bit of yellow zing in all that cold snow.

I put the daffodils beside the blue vase in photoshop, liking that just the tip of the daffodil bud kissed the lip of the glass vase. I then ran the image combo thru a coupla of photoshop filters to just get a quick black and white outline. I printed up two copies on paper and I was ready to start. I wanted to emphasize the intense colour and transparency of the glass bud vase. I cut out the bud vase in the printout....and viola! I had a ready made stencil. I laid down my first acrylic glaze with a sponge roller brush. 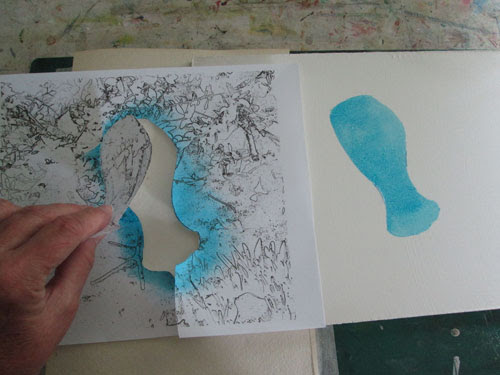 I continued on with my glazing and moulding the shape of the vase.....just using my paper stencil. I painted in the glazes using both roller brushes and makeup sponges to lay in the various cobalt,phthalo and anthraquinone blue acrylic glazes. In between some of the blue glazing, I also laid in some layers of just clear glaze....mounding it up a bit on the vase's ridges. Clear glazing on top of coloured layers just gives extra punch to a glaze. That's why a top varnish on a painting can “perk up” the colours. 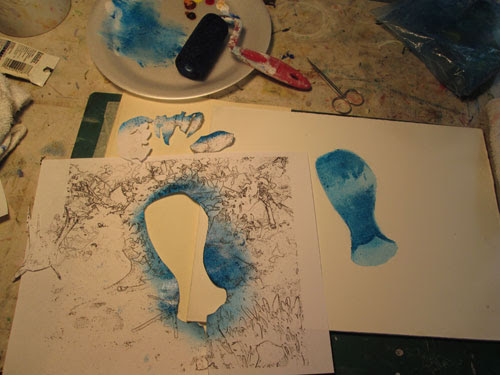 After I finished the vase it was time to start on the background. I decided I wanted to emphasize the shimmery glow of the reflected snow. Everyone “knows” snow is white.....but what about the shadows? I knew that three primaries red,yellow, and blue would make a grey if I mixed the paints on the palette so the same should hold true in glazing. So I painted over the shadow areas with first a yellow glaze, and here, a lite pink glaze and I am just getting ready for the final blue glaze. 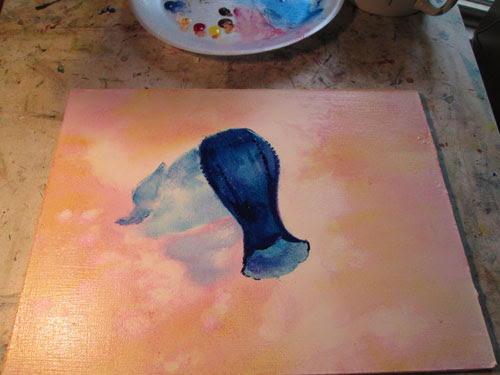 Now that I've gotten in my shadow glazes it's time to start in on the foreground daffodils and background foliage. You can see in this photo angle the result of my raised clear glazes on the vase.....it shows off the ridges in the vase's design. 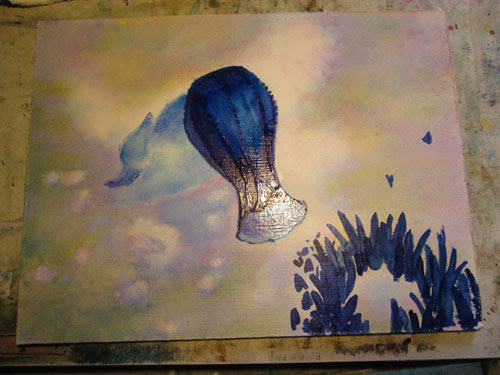 You can see here I'm closing in on the finish of this colourful painting. I'm putting in the background foliage and twigs. I've painted the daffodils and am working to even out the shadows and glittering highlights of the snow. 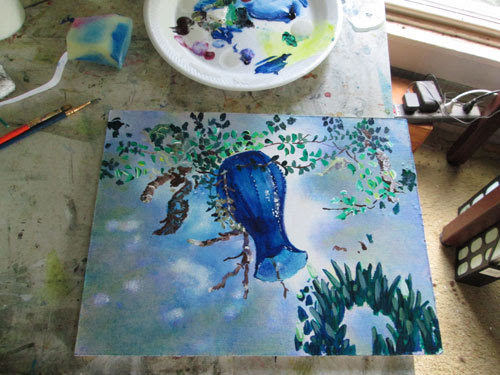