A Question of Stripes; Part Deux 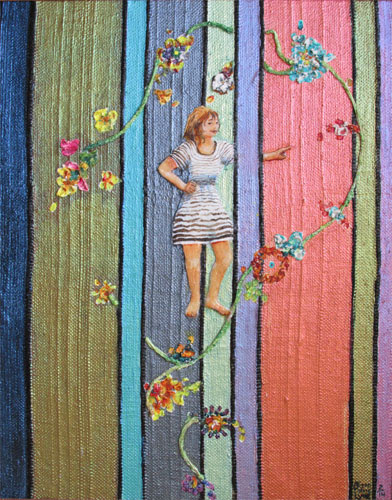 This blog post is to show off a recent painting and to tell a bit about it's “second chance”
A while back I did an experimental painting called A Question of Stripes. At the time I painted it, I called it “finished”. But I never did feel that it was quite “done”, but other illustration work intruded. 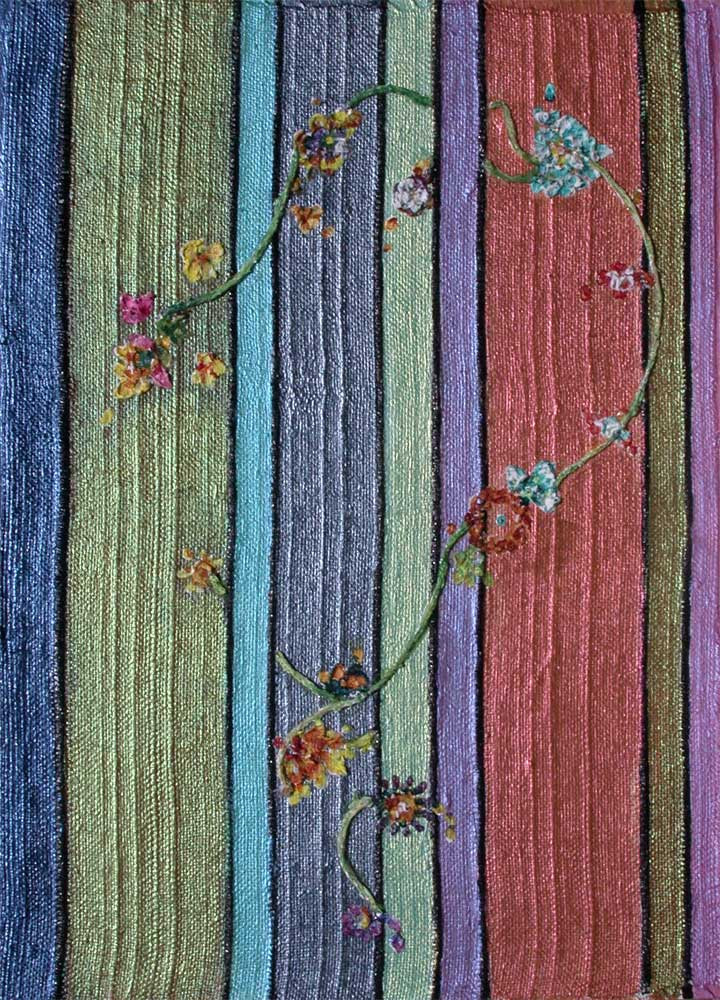 At the first of this year I had a bit of a lull in my illustration work, so I came back to this piece. I decided that it needed a figure......but I had a bit of a problem.....”bumps”. The painting had been done over some linen material, with woven ridges in the cloth. These ridges were great for texture and breaking up the colored stripes.....but would be murder to paint a figure over. 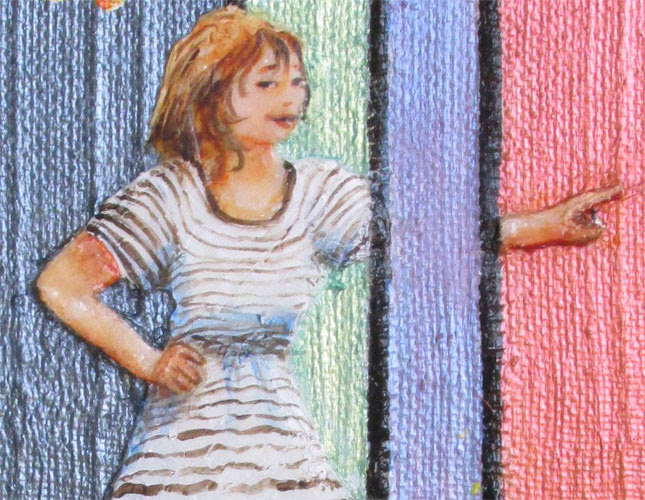 So instead of doing away with a section of stripes for a proposed figure.....I decided to elevate some of the painting surface to accommodate a figure. I drew my figure and decided to have her interact with the background lines.....as I'd done for the flowered question mark.

I slowly built up layers with Golden Gel Medium, in the outline of the girl in the striped dress. After it reached the level of the black line I was building it over.....I painted the gel medium with a layer of gesso. I now had the figure base all laid in and ready to paint. I painted the girl with acrylic glazes and I was now REALLY finished with this piece.